An Introduction to the Dark Tetrad

Human beings have both a light and a dark side.

Human beings have both a light and a dark side. However, we all vary in the extent that we consistently show light versus dark patterns of thoughts, feelings, and behaviors in our daily lives. For the past 15 years, there has been consistent empirical research on numerous dark personality traits associated with ethically, morally, and socially aversive beliefs and behaviors. There is an emerging agreement in psychological circles that dark characteristics consist of a manipulative amoral social strategy characterized by hostile and callous behavior that manifests as the “Dark Tetrad” (DT) of personality.

The DT personality consists of four overlapping yet distinct malicious types: the grandiose or vulnerable, self-absorbed narcissist; the antisocial psychopath; the manipulative Machiavellian; and the cruel sadist. There is enough overlap amongst these antisocial personalities that researchers believe they should be classified under one umbrella; although each of these has unique dark features.

The DT’s competitive motivation for money, status, and power has traumatized our culture in all industries. Our cultural pain is apparent in the economic crash of 2008, the systematic harassment that prompted the #MeToo movement, the continuing condemnation of the Roman Catholic Church for sexual abuse, the racial reckoning in the police force and our political system, and Boy Scout leaders’ brutal treatment of innocent boys. Moreover, the prevailing health crisis caused by COVID-19 confirms that Dark Tetrad individuals engaged in less preventative behavior and more hoarding. As a personality pathology expert, I can trace the demise of public and private institutions to the actions of a Dark Tetrad person.

Sixty million people seek therapy each year and their most common complaint relates to anxiety and depression. As a psychotherapist, I regularly find that clients’ mood disorders directly occur from being emotionally hurt, manipulated, and gaslit by a DT individual. By the time people are in treatment, they’ve usually developed post-traumatic stress disorder (PTSD) from experiencing such a disturbing and toxic connection. Yet they are unaware that the DT is responsible for their emotional pain and unrelenting fear.

DT individuals wear a mask of sanity, yet psychological research attests that Dark Tetrad individuals cause emotional, physical, and financial harm to 60 million people yearly – ironically, the same number of people who seek therapy yearly. Until DT individuals are named and tamed, they will continue to maximize their power, status, and wealth while creating loss, pain, and trauma in our society.

Every antisocial shock that disrupts society’s balance can be an incentive to heal our country’s soul; making meaning out of suffering propels social growth. In this book, I will explain the motivations, tactics, and foundations guiding this dark core’s dirty work. My vision is to assist people in understanding the Dark Tetrad and healing from their abuse.

All dark traits share a core trait called the dark factor, or just D. The dark factor is defined as the tendency to maximize one’s status, power, and wealth by using or abusing other people. The second part of D is critical to understand: the DT individual truly believes that, in pursuing self-enhancement, they are justified in exploiting others. Their actions cause unconscious paranoia though, so they tend to project their distrust onto others to justify their spitefulness. This is one way they gaslight their victims.

For example, grandiose and vulnerable narcissists are fundamentally antagonistic. If you’ve watched an interview with Jordan Belfort, the infamous Wolf of Wall Street, you might have noticed his extreme hostility when the interviewee questions his motivations. Entitlement fuels Belfort’s aggressiveness toward those who dare question his superiority. The exploitation of the elderly to support his grand stock brokerage scheme was psychopathic behavior. His Machiavellianism was apparent when he intentionally created a pump-and-dump brokerage firm that pretended to be legitimate. Grandiose agentic narcissism is always at his fingertips. Who goes to jail for 26 counts of money laundering and then writes a book and gets it made into a major motion picture? A textbook Dark Tetrad personality.

Research has revealed that individuals in leadership positions show elevated psychopathic traits of boldness and fearlessness. These dominant features produce social predators who take what they want and do as they please. Psychopaths violate social norms and expectations due to blunted empathy. Harvey Weinstein’s Machiavellian deception trait explains why he paid off sexual harassment accusers for decades to keep his crime a secret. He was finally convicted on charges of rape, criminal sex acts, and sexual misconduct with numerous women. His grandiose narcissism fueled his entitlement to use women as objects. He took sadistic pleasure in abusing his power and leverage in Hollywood.

Machiavellian con artists manipulate others, overclaim their skills, and stretch the truth to deceive others. Bernie Madoff is a confessed con man convicted of eleven federal felonies due to psychopathically swindling $64.8 billion from his loyal investment clients. Madoff lied to his closest friends and exploited their trust in him to create the most massive Ponzi scheme in world history. His unbridled greed and agentic, charismatic narcissism contributed to the economic crash in 2008.

Social sadists willingly inflict harm on innocent people for their sexual gratification. American financier Jeffrey Epstein was charged as a sex offender for the sex trafficking of young girls aged 14–17. Epstein’s deceptive Machiavellianism allowed him to get away with various forms of sexual misconduct for 44 years. His psychopathic callousness was repeatedly validated by offering young girls to his friends who colluded with him. Epstein intentionally seduced minors with his status, power, and money. To him, it felt sadistically thrilling or sensational to sexually exploit his young, innocent, vulnerable victims.

Other books have migrated the single personality pathology from clinical to mainstream personality psychology, such as books on narcissism and sociopaths that have deconstructed the motivations and effects of their dysfunction. My book offers a more in-depth view of the four dark personality traits known in clinical psychology to be harmful to people, family structures, and cultural organizations and institutions. Their dark collective characteristics often support their personal achievements in many domains while simultaneously helping them to avoid adverse outcomes. I professionally and personally discern the importance of understanding them as a group.

The Dark Tetrad person is a trickster because their calculated deception initially does not seem pathological. They embody the valued and seductive cultural traits of extraversion, charisma, and confidence. Their callousness, selfishness, and spitefulness seem counterintuitive due to their initial pre-meditated charming social poise. The DT’s curated James Bond mask of sanity, mixed with a hidden dark core of evil, makes it hard to spot them and to protect yourself and society.

Why This Book, And Why Now?

I am writing this book to outline the ways Dark Tetrad individuals coerce us into lowering our defenses only to be financially, emotionally, and spiritually slaughtered. I am writing this book so that the DT term is put into mainstream conversation. Research has shown that we can tame what we can name. When we see something coming, we are less likely to become traumatized. The best part now is that they don’t see me coming; we have the upper hand.

My readers are women who have endured intimate partner abuse by a DT lover or who have been sexually exploited by people in power. My readers also include grown men who have been sexually abused by the people who were supposed to protect them. They are people who were conned out of their retirement funds and are now broke. They are the college students whose parents buy their admission. They are those who worked for and believed in Adam Neumann’s WeWork company. They are also millennials who admire Jordan Belfort’s charisma and ingenuity or imitate the DT’s James Bond persona.

I am uniquely situated to introduce the DT to readers because of my marriage to Jordan Belfort, a notorious DT individual. I am also clinically and personally an expert on the topic of pathology. This book will educate readers to name and confront the most destructive core of personality. During this social, ecological, and political unrest, our families, organizations, public institutions, and professional workplaces are more vulnerable than ever. Our culture must become aware of this powerful, socially aversive personality. Ordinary people cannot stop the destruction caused by the DT if they are blind to its existence. 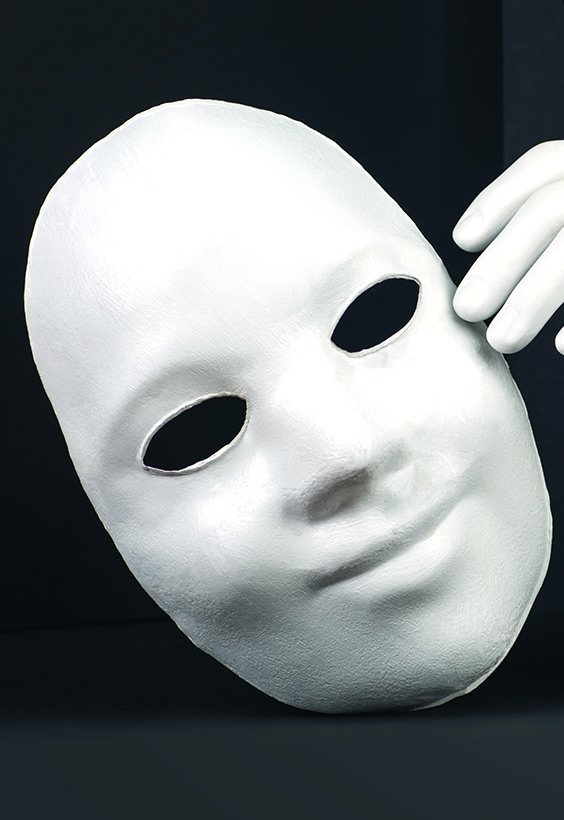